What Is the Difference Between a Head Shop, Smoke Shop, and Hookah Store? 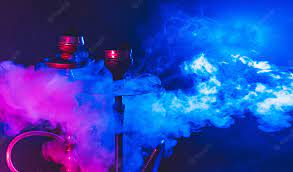 Posted on October 28th, 2022 to Uncategorized

As medical and recreational cannabis becomes more popular, other stores are popping up that may confuse consumers with their offerings. There are smoke shops and head shops, even Hookah stores, that might catch the attention of cannabis users.

Although they are all different, they have similarities that can add to the confusion for shoppers. The similarities include the fact that they typically do not sell cannabis products, but they offer related products that can contribute to the cannabis user’s experience or promote smoking products.

What Is a Head Shop?

The head shop first originated in the 1960s, taking its name from a term associated with the hippy culture of that time. As marijuana use became more popular in the 1960s, cannabis enthusiasts were referred to as “potheads.” That label led to the characterization of the “head shops” that began springing up with merchandise to appeal to the cannabis user, or potheads.

The head shop caters to marijuana users, selling products and accessories that can be used to smoke cannabis, such as bongs, pipes and vapes. Other products sold include roach clips used to smoke the last tip of a joint, rolling papers for joints and blunts, and various water pipes.

What Is a Smoke Shop?

The smoke shop concept goes back many decades, usually referring to a store that caters to tobacco users. Although head shops and smoke shops sell similar products, the smoke shop is different because it focuses more on products and accessories for tobacco smokers.

A key difference between the head shop vs smoke shop is the head shop does not sell cannabis, while the smoke shop does sell tobacco. Smoke shops became popular in the early 20th century before the mass production of tobacco products. Smoke shops sold varieties of tobacco that smokers could use in their pipes or roll as cigarettes. They also sell products like pipes, rolling papers, cigarettes, cigars and a variety of related products.

What Is a Hookah Shop?

The hookah shop is believed to date back many centuries, into at least the 1500s when it originated in India or Persia. The hookah is a water pipe used to smoke sweetened and flavored tobacco.

The large pipe consists of a chamber for water, a chamber for tobacco and flexible tubes stemming from it to inhale the tobacco. Its basic functionality relies on the tobacco smoke lifting into the top of the hookah, where it then passes through a hookah stem in the base of the pipe where the smoke is filtered before being inhaled.

Hookah shops sell hookah, tobacco and other accessories. In some cases, hookah shops, like smoke shops, allow customers to consume the special tobacco through hookahs on site. Smoking hookah can be social, with several people often sharing the same hookah with each using one of several tubes.

What are the similarities in head, smoke and hookah shops?

As noted earlier, each shop caters to a different customer, although they are similar in that the shops serve smokers who happen to consume different products. Some business owners are starting to cater to all head, smoke and hookah customers. For example, Seven Sense International in South Carolina boasts products for all smokers.

As cannabis becomes more mainstream, it is likely that other retailers will blend the offerings of head, smoke and hookah shops into one location. They will want to appeal to customers who enjoy cannabis and tobacco, and sell products that can be used to consume various types of tobacco, cannabis and shisha used in hookahs.